The after-effect is a digital visual effect software developed by Adobe. Its motion graphics software makes it a popular choice for film making. It has the ability to easily wipe out the unnecessary elements in the film. However, it has limitations related to 3D animation and sound synchronization.

Let’s look into some of the popular after effect alternatives: 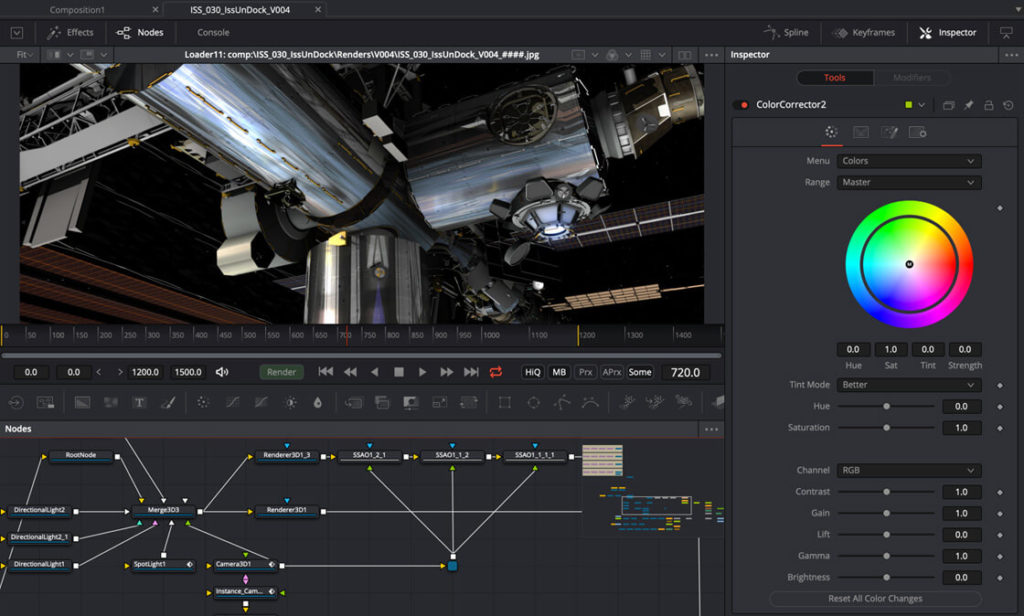 This program, developed by Black magic design and authored by eyeon software, is compatible with Windows, Mac OS and Linux. It is characterized by its amazing visual effects. This tool is popularly used in TV Shows and commercials and feature films. It provides support for 3D and virtual reality. The amazing feature is its user-friendliness. 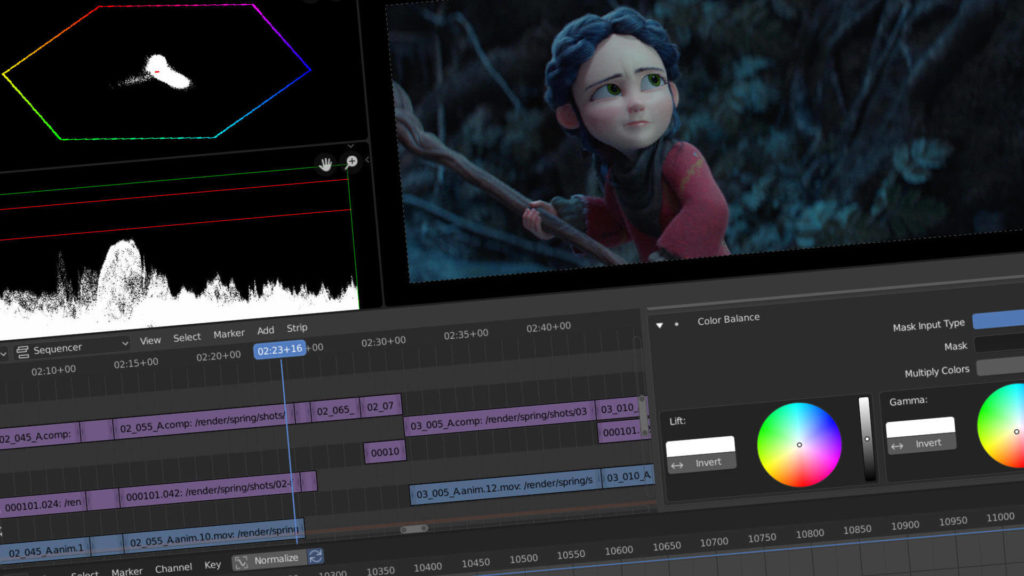 This free 3D video editor app works as good as the paid apps. It allows non-linear-editing and used commonly for mapping, screening, modelling etc. This 3D graphics software is compatible in Windows, Mac OS and Linux platforms. It allows 3D modelling, UV unwrapping, texting, razor graphics etc. It has a well-laid-out interface and is characterized by multiple tools. This can be best after effects alternative 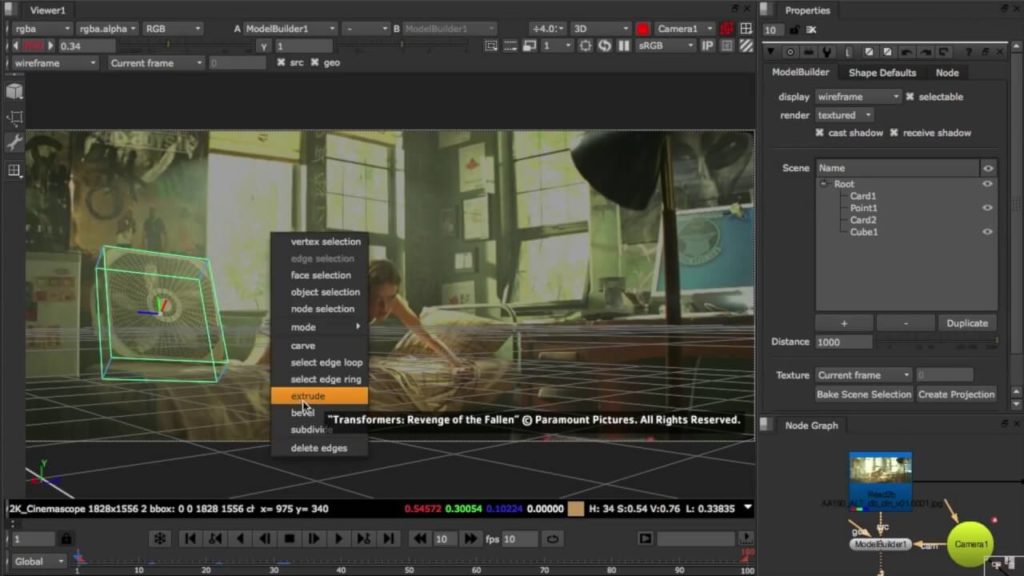 This free app provides a high preview and rendering speeds. Commonly used for most Hollywood movies and film post-production. It allows automatic saving of your project every 5 minutes. This tool is compatible on Windows and Mac OS platforms. It is used by the leading studios and creates the best content possible. This can be free after effect alternative 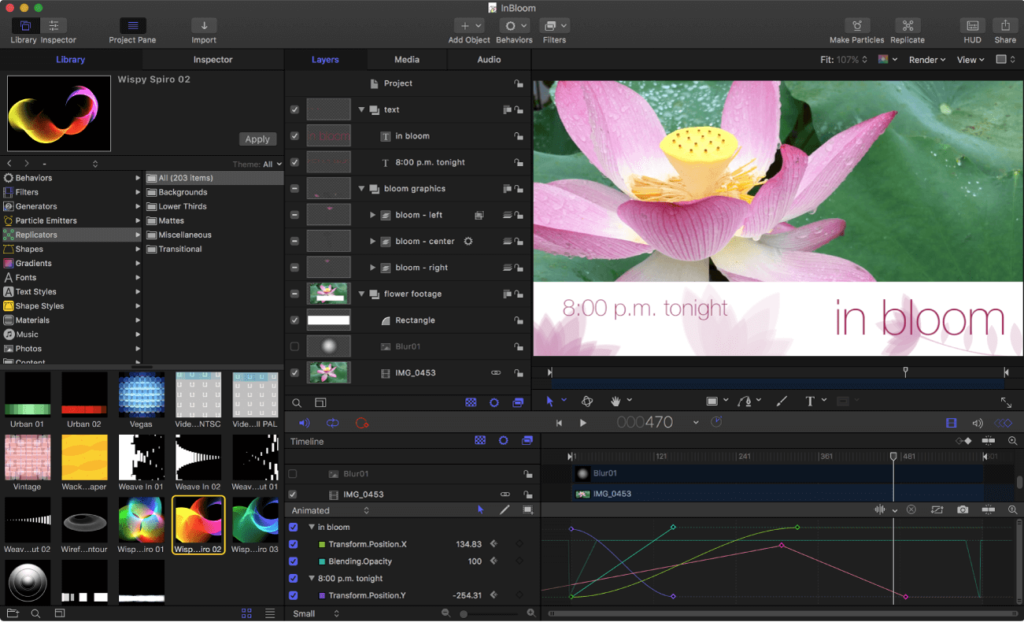 This program is used for creating animated graphics, particles and visual effects. It enables real-time graphics editing. It’s supported on Mac OS platforms. The special effects and the motion graphics created by this software give it an edge over others. Also, it enables advanced colour grading. You can use the colour curves and the hue/saturation curves in combination with the eyedropper to alter colours. Motion graphics, can be designed using this software. Create mind-blowing effects with 360° video even in non 360° projects. Also, you can create 360° titles using this software. Your work can be saved with a 360° motion template. It creates magnificent effects with a choice of more than 200 filters and effects. Using this software also lets you set up point lights and spotlights to cast shadows across objects. In the shadow appearance, the colours and edge types can be specified. Any shape, video plane or plane stroke can be beautifully metamorphosed into a reflective surface. This can be used as a replacement for aftereffects 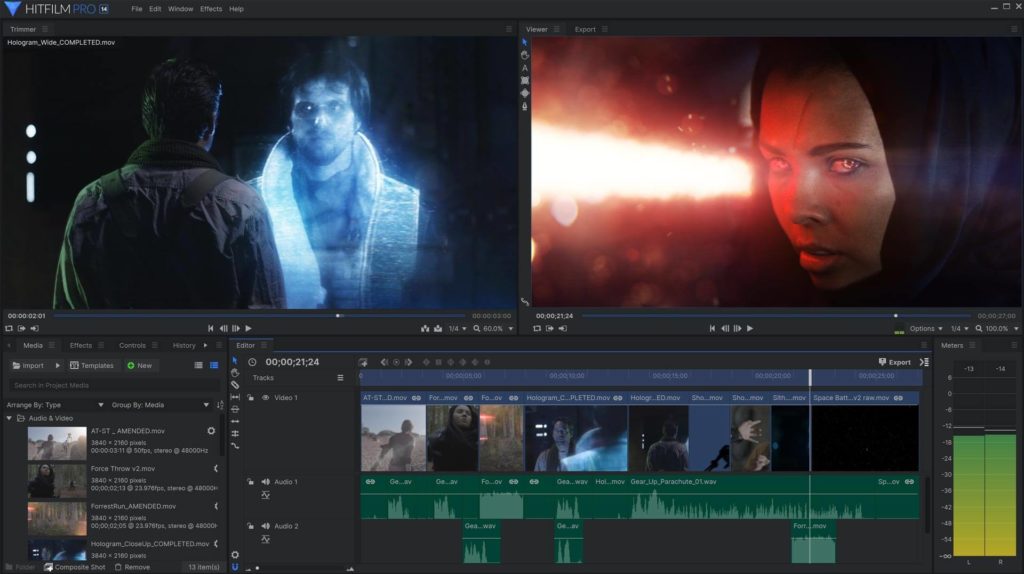 This free program gives high-quality visual effects. Unique effects can be created using cutting-edge technology. It produces high visual effects. This tool gives you access to masks, blue/green keyboard, spill simulations tools etc and also characterised by the presence of a special 360-degree viewer. This has a simplified interface and can also be used by novice users. This is commonly used by the film students, gamers and you-tubers. This can be a good alternative to after effects 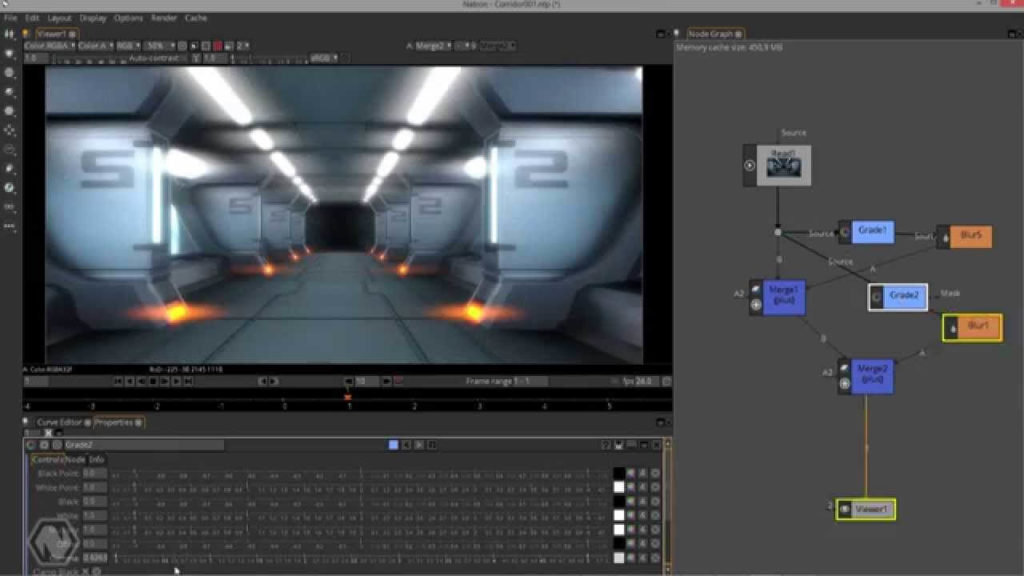 This free and open-source editor allows users to video files on a professional level. It allows different filters and special effects. It is also functional for HD, 2K and 4K. This software has low hardware requirements comprising of a 64 bits processor and at least 8 GB RAM. It can track videos with ease and it has 32 bits floating point linear colour processing pipeline. This tool supports stereoscopic 3D and multi view processing. It is featured by its image transformation tools that can adjust position, rotation and the scale of the shots taken. This can be a popular choice amongst the adobe after effects alternative. This is similar to after effects due to its amazing video editing capacity 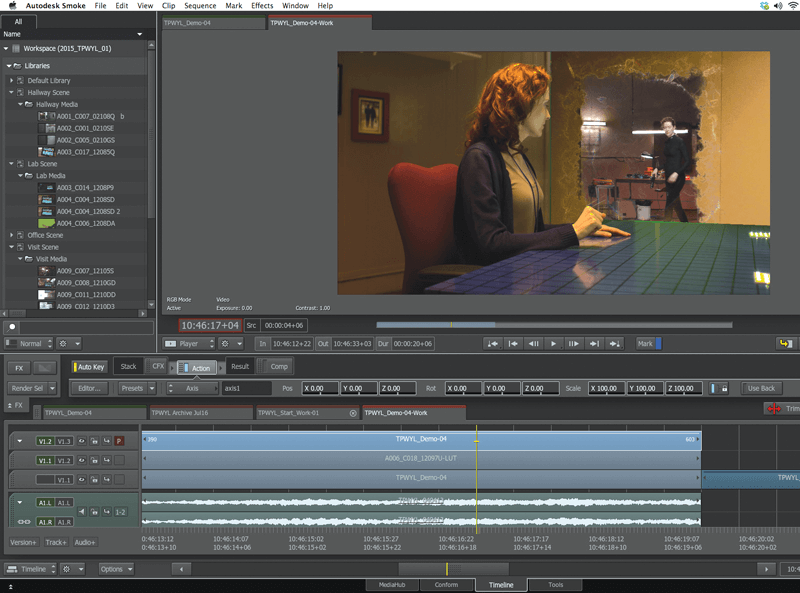 this free program is supported on Mac OS and allows you to edit and compose 3D Contents. It allows a powerful timeline editing, functional graphical module, stabilizations and tracking functions. This can act as a good replacement for after effects 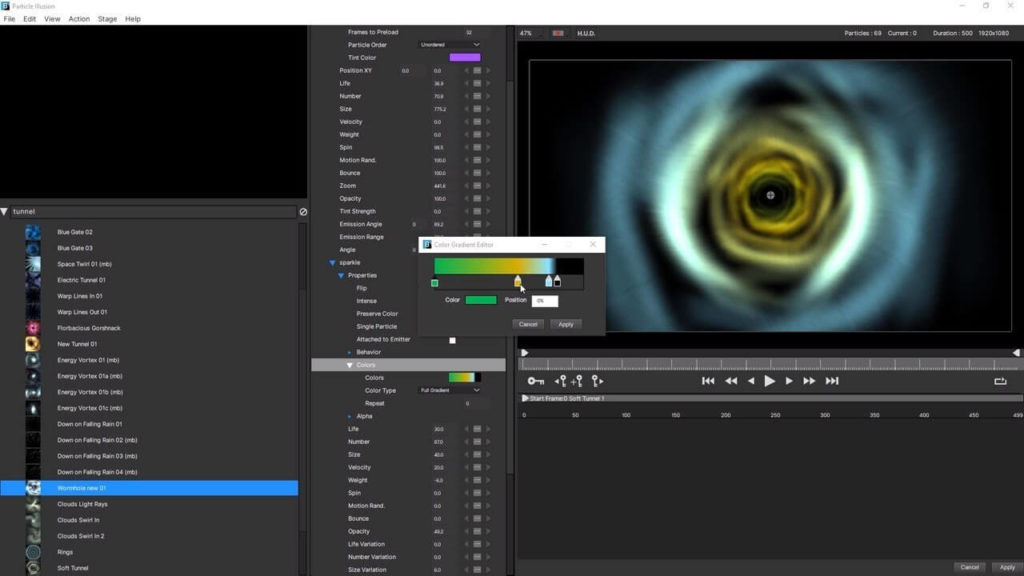 The platform which are supported (Windows and Mac OS). It offers a simple control facility and has minimal system requirements. Several effects can be calculated easily through this. It is compatible on Windows and Mac OS platforms 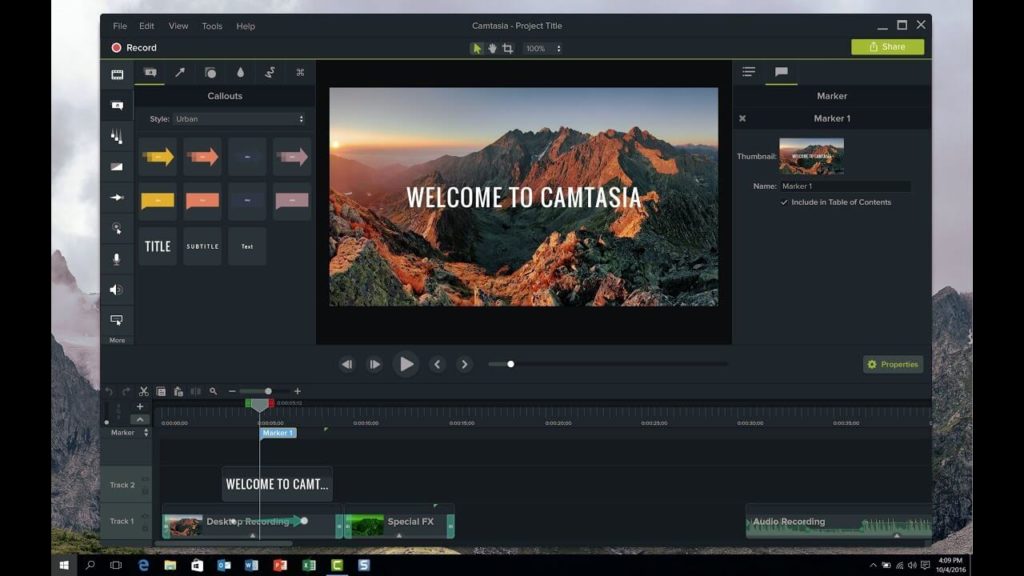 Preferred by the professionals, these video editor aides you to record meetings and conferences, how-to videos and YouTube videos. The pre-made animations customization is available. You can easily record and import your presentations through this software. This can be a good after- effects substitute.