It takes longer for your computer to boot up and start working as it becomes older. When you continuously install and uninstall programs, adding and deleting various files, and more, your Windows drive space becomes fragmented and congested over time. The Disk Defrag software applications rearrange the bits of data that make up your computer’s files so that they are stored closer together. Your hard drive will be able to access files more quickly as a result of this. Disk defragmentation optimizes files in the most effective way possible while also freeing up a significant amount of disk space.

Defragmentation, in other words, can increase your computer’s speed by making file reading more efficient because all of the small components that make up a single file are right near each other. The following is a list of the best disk Defrag Software for windows 10,8 and 7 PC, along with their features assembled to save your precious time. There are both free and commercial options on the list

We tested 20+ software and provide a genuine list so that you can download the best defrag for windows pc without any delay.

The following are the top disk defragmentation software for Windows 10

One of the best disks defrags Software is Smart Defrag. When you boot the computer, you can defrag the entire disk, individual files, and folders, or specific apps, as well as defrag your system files, ensuring that the machine is optimized before you begin working. iObit Smart Defrag also has junk file removal capabilities for Windows and Internet Explorer. It also removes cache files from other portions of Windows, which speeds up the defragmentation process. Auslogics Disk Defrag pro’s most helpful feature is that it can relocate vital system files to a quicker hard drive area, resulting in speedier startup times and overall system performance. Not only that, but it also defragments the startup time, checks for drive issues, and can be scheduled to run when your computer is idle. This defrag software is completely portable. Defraggler is a smart disk defragmenter software. This app gives users the option of defragging individual files or the entire disk. In addition, it analyses and shows all defragmentation-required files in less than a nanosecond. Defraggler generates simple graphs to show you what’s going on with your drives. It’s portable, compact and you can schedule defragmentation on a daily, weekly, and monthly basis.

The GlarySoft Disk Speedup is another best disk defragmentation software for Windows 10. It’s built-in in such a way that it safely defragments and optimizes your disk without causing any harm to your hard drive or the data stored on it. When the machine has been idle for a certain number of minutes, you can also execute an automatic defrag.

Disk SpeedUp can also exclude files and folders from a complete system defrag, run a boot-time defrag, power off the computer after a defrag, and schedule defrags/optimizations on one or more drives on a daily/weekly/monthly basis. 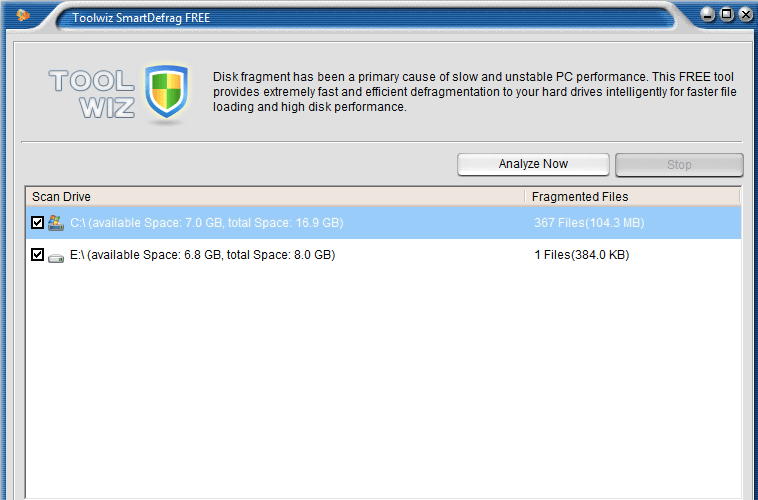 Toolwiz Smart disk Defragmentation software is one of the simplest and lightest applications you’ll ever find. Despite the lack of scheduling options and customizing options, this software is the best pick due to its simplicity. Archive files, such as ZIP and RAR archives, and relocate them to slower hard drive parts. It also shows a detailed examination of the drive for a better understanding of disk utilization. 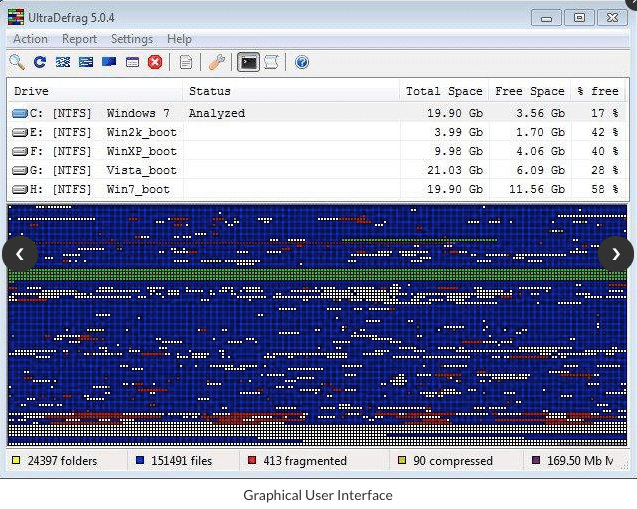 UltraDefrag, a disk defragmenter for Windows, has the same standard features as the other tools, such as repairing, defragging, and optimizing drives. It also enables both internal and external hard disk defragmentation. It even has a dedicated module for scanning a hard disk for typical problems and correcting them immediately.

This software can boot the files and folders present in the computer system and reallocate the files to an easily accessible location. Puran Defrag is a tool that uses a wizard to optimize your computer’s performance. PIOZR moves frequently used files to faster disk locations on the outer edge, improving overall system performance. Some files, such as MFT, Registry, and Pagefile, cannot or should not be defragmented while Windows is running. This is where Boot Time Defragmentation shines, defragmenting these files at Windows Boot Time for best performance. Puran Defrag has a number of scheduling options, such as conducting an automatic defrag every so many hour, when the system is idle, or when the screensaver starts.

At the time, it relies on inefficient Microsoft function calls, but is expected to improve performance by accessing the MFT and FAT directly in the future. The interface is available in over 20 languages, with daily, weekly, and monthly scheduling options. This is the best disk defragmentation software that easily recognizes the files that are most often used by the users and reallocates them to an accessible location in the system.  UltimateDefrag gives you unrestricted power and freedom for defragmenting and optimizing your file system by putting your most frequently used files on the fastest area of your hard drive, the outer tracks, for the best hard drive performance. Furthermore, with its built-in scanner, you may schedule entire PC scans according to your preferences. Q: What is the best defrag software?

ANS: IObit Smart Defrag is the best defrag software but isn’t free. However, Auslogics is frequently suggested in free software.

ANS : Yes, disk defrag is good for PC. It boosts system speed by reducing the number of times the hard disk needs to seek data.

ANS: You don’t need to defrag your drive unless the fragmentation percentage is less than 10%. Otherwise, disk defragmentation should be considered to improve system performance.

Q: Does windows 10 have a disk defragmenter?

ANS: Windows 10 have Built-in Disk Defragmenter. The free built-in disk defragmenter in Windows 10 is the first option for defragging a hard drive.