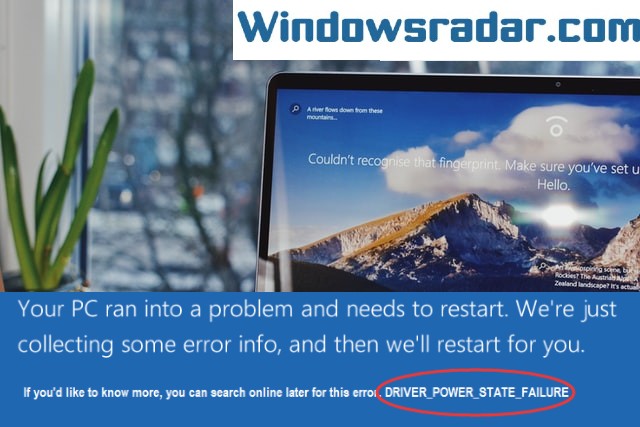 Getting driver power state failure on Windows 10 often occurs when there are any errors with one or more installed drives. In most of the case, you can find a blue screen with some command prompts. This blue screen is technically called the blue screen of death or BSOD.

Hence, it may look like your PC is in DOS-mode. In such a case, system re-starts or entering into SAFE MODE will be an option. Even, it does not work, here we have listed the best 6-ways to fix driver power state failure issues. It will help you if you follow the below-mentioned six steps by yourself. In this way, you can save money on spending on a nearby computer technician.

If you get a BSOD error, then it is advisable to restart your computer and try before calling a technical person. The next, you need to do is press your re-start button on your computer. Your PC will automatically restart. If the system can boot and perform, as usual, you can leave as such. If your PC is again with a blue screen, then it is a driver power state failure.

However, you can try once again by checking all your PC’s plug-in wires are plugged incorrectly. Either, you have to check for losing contact even with your UPS and power plug points. If the same BSOD error comes, next, you can follow the below mentioned other five steps. It is because this type of error is common to find with Windows 10 operating system. It is irrespective of your RAM and processor speed and capacity.

A driver power state failure may occur due to losing contact with some of your PC. The Windows 10 OS will show BSoD error if any of your USB malfunctions while booting your system. It is advisable to remove unwanted USB like pen drive, recharge chords, memory cards, and Smartphones linked to your PC with a USB cable. It will be better to remove such USB connections and restart your computer.

If your system boots normally, it is well and good. You have to avoid such USB devices, which is causing driver power state failure in Windows 10 PC. You can try this by keeping the necessary USB’s and removing the not in use drives.

Here, you have to set this manually by clicking the control panel and select the power option. 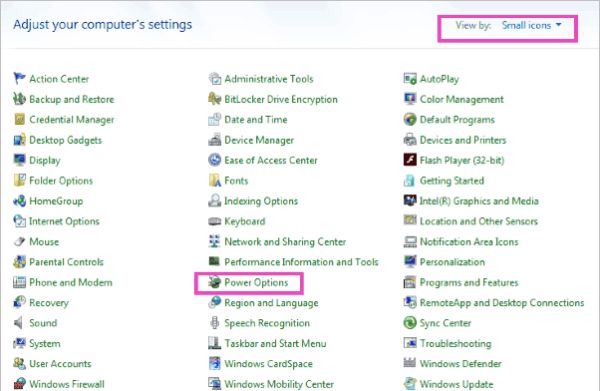 Here, it will help you if you turn off the fast startup option. If your power setting is in high-performance mode, then change the power setting to balanced power mode. 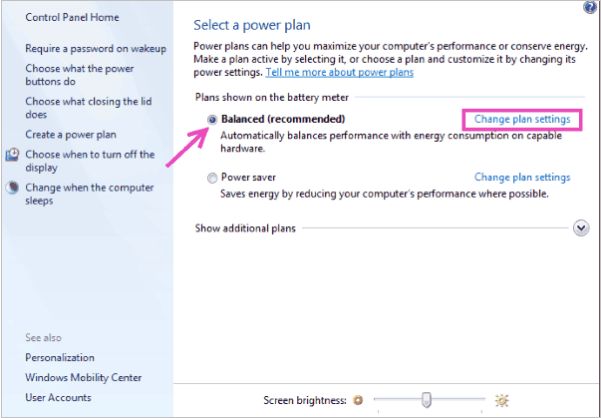 After setting this power option, restart your computer. Windows 10 OS is vulnerable to power fluctuations due to the sorted power state. Hence, a booting problem arises, and you may find a blue screen instead of booting your computer as usual. It can happen if anyone other than you would have changed the power settings in your home PC.

If you get driver power state failure on booting, it is advisable to press F8 and go in SAFE MODE. Here, if you are lucky, your Windows 10 OS will reboot in a SAFE MODE. To do this, you have to press the F4 key to go in safe mode by restarting your computer with Windows 10 OS.

After your system reboots in safe mode, you have to check for any drive repairs. For this, you have to visit tools, under which you will find a repair drive. Now, you have to scan the drive and check for errors if any. If any errors found, you must click repair automatically on the pop-up message.

Now, it will take some time to repair them. If the driver is repaired, you will not get the driver power state failure once again. For this, you have to shutdown correctly and on your system once again.

If there is additional antivirus software, you have to uninstall them too. Such kind of failure can happen when you do not update the installed antivirus software. Hence, it makes failure in the driver power while booting the PC.

Most often, a driver power state failure in Windows 10 operating system can occur due to out-dated drivers. It will help you if you check which are all the drivers, which are not further updated for a longer time. You must update those drivers one-by-one.

1. For this, you have to visit the Device Manager from the Control Panel.

2. Now, you have to select from the list of devices, which are an external or internal connection to your PC.

3. Now, you have to click Update Drive. It will update those drives automatically.

4. It is advisable to keep on your internet. It is because; a few of the updates will be done online.

5. All you need is to click update or install when the pop-up prompt comes so. A few of the drives automatically updates.

Here, you have to turn on the auto-update key. In this way, you can rectify BSoD errors by yourself. You can also update drivers by checking warning signs for updating. An automatic update is recommended to avoid such manual updates. After updating, you can see your Windows 10 boots up correctly, and you may not get a blue screen.

Driver power state failure is one of the standard error in Windows 10 OS due to the reasons above-mentioned. It is advisable to check by yourself as we have mentioned the possible 6-ways to rectify them. If you do get a BSOD error, it will help you by calling a nearby computer technician.